Organization of the Center

The organization of the Center

The Center is set up based on "The regulation for the setup of the Neuroscience and Brain Disease Center at China Medical University". There is a core laboratory — Neuroscience Lab and six research fields of the brain diseases. The Neuroscience Lab can be divided into six major branches as following: 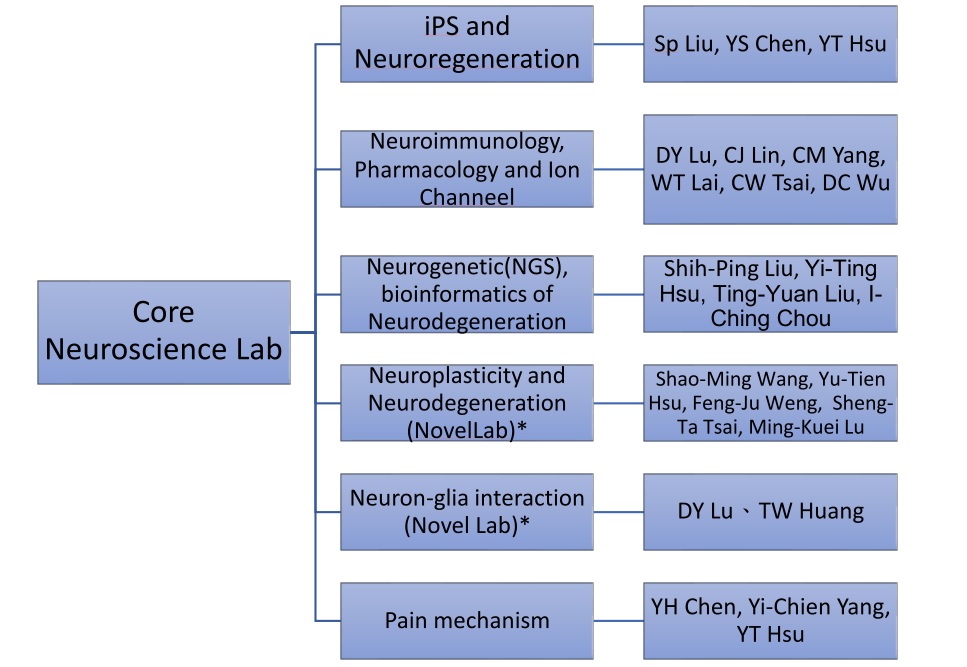 The Neuroscience Lab* contains six division labs: A. iPS (induced pluripotent stem cell) and neuro-regeneration, B. Neuroimmunology, Pharmacology and Ion Channel, C. Neurogenetics (NGS) and Bioinformatics of neurodegeneration, D. *Neuroplasticity and neurodegeneration, E. *Neuron-glia interaction, F. Pain mechanism. Among these 6 divisions, D and E will be the newly constructed divisions. These six divisions will be integrated with other parts of the Elements, particular the Clinical one.

Constructive Elements of the Center 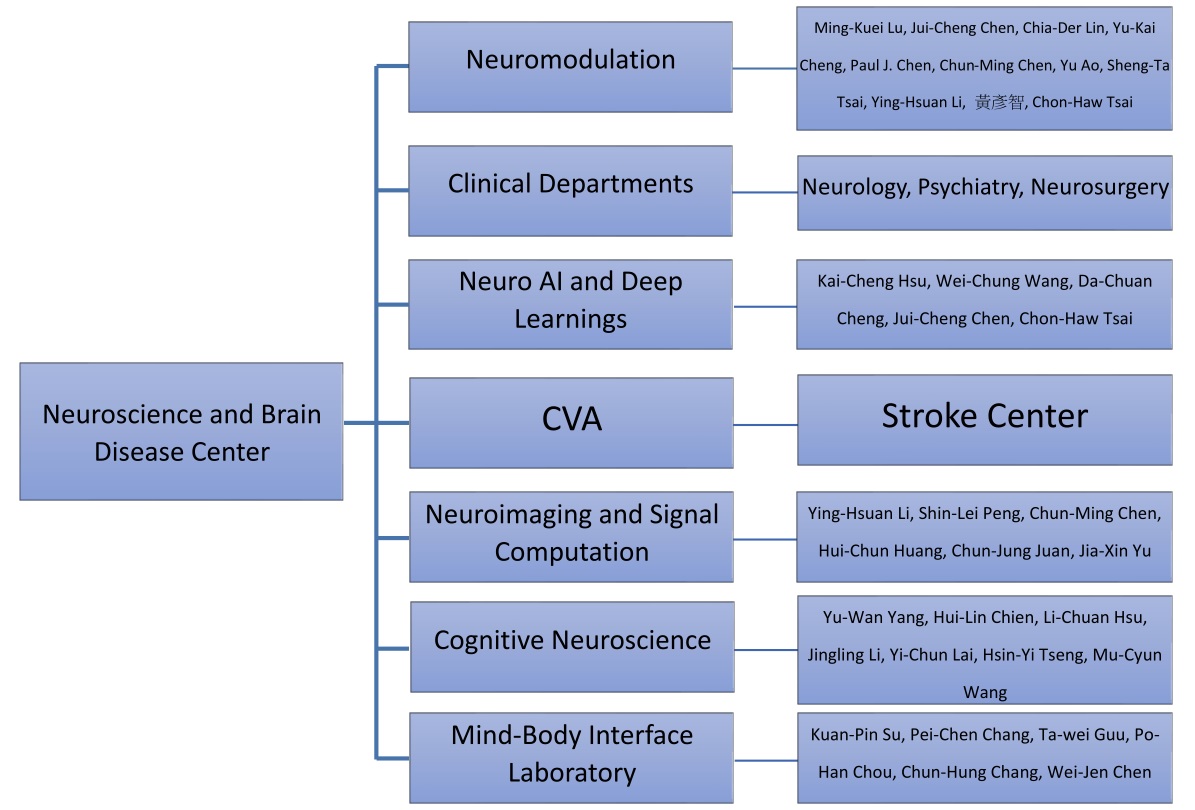 The Center will encompass 7 Elements: Core Neuroscience Lab*, Neuromodulation, Clinical Departments, Neuro AI*, Stroke, Neuroimaging and Signal computation, and Cognitive Neuroscience. These seven Elements will connect and support to each other. (The symbol * means that the Element will be newly constructed.)